5 Easy Steps to Get That Work Promotion

Steps to Get That Work Promotion: You have to admit that asking for that work promotion has to be one of the most nerve-wracking things for any employee to ever experience. Mostly because nobody would want to put themselves out there to their employer, second because the answer NO is one that nobody likes to hear upon a request.

Asking for a promotion is one of the most important steps an employer has to consider in the business world. This is because it is an essential element for growth in your career. In the corporate world, promotions are not just handed out to the best but they are given to the best who put themselves out there.

They are indeed scary but being crippled by fear never did anything good for anyone, so here are five tips to get the promotion you asked for:

Steps to Get That Work Promotion – Make a list:

Create a PowerPoint of the times you maximized your skills and how it worked out for you and most especially the company.

A discussion such as a work promotion has to be brought up at the most perfect deserving time. This is because you would want your boss to be in the right mood for this talk, remember it isn’t just for your benefit but for his and the company. That is why it is best during a performance review. Here your boss is already going over your performance for the yearly quarter or most probably the whole year. Here you have the opportunity to talk about your potential growth opportunities. You could also send an email to your boss to fix a perfect time to discuss your progress and potential growth. Remember to whip out your list of incredible accomplishments.

Always make it about the company:

So when you ask for promotion be sure not to make it about yourself. Let them know how them putting you in a higher position would benefit the company better than you being in your current position.

Be sure to express your gratitude about your current position in the company, then back it up with how you can bring more to the table if put in a higher position, give examples with past experiences, and be sure to whip out that list again.

DO NOT COMPARE YOURSELF TO YOUR COWORKERS:

This needs a lot of attention because it’s one of those silly mistakes that a lot of employees make. Just because Sandra who has had the same responsibilities as you since day one got a promotion before you did, does not give you the right to make comparisons to your boss.

This is because it is an extremely weak argument that makes you sound jealous and whinny.

Comparisons should only be used as a last resource after you are sure to have accomplished a lot and asked for promotion a few times.

Some bosses won’t want to always give a direct answer on the spot, they may say something along the line like; ‘We’d get back to you soon Tony’. If they do not answer within 5 working business days, send a mail during the weekend, to follow up. Also do not forget to still be your best at work while you wait for their response.

These steps should help you get a positive answer to your request but if you do not get the yes you hoped for. Make sure to ask why and if it is based on qualifications, ask for tips to get those qualifications, and remember to add more skills to your skillset. 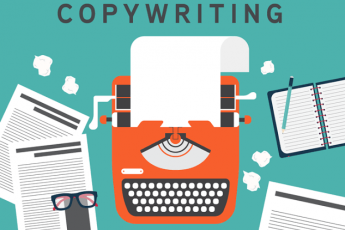 The piece of copywriting advice most businesses don’t get

Digital Marketing: The Number 1 thing people get wrong about it

« Previous post
3 Different Payment Options To Consider As An online Vendor In Nigeria
Next post »
Tips To Create A-Bomb Resume.

4 Easy Tips For Service Provider To Get Good Customer Reviews

4 Easy Tips For Service Provider To Get Good Customer Reviews

How To Get Clients & Increase Sales for New Businesses.

5 Easy Steps to Get That Work Promotion